The Wizards and NBA announced today that the scheduled game Saturday against the Utah Jazz will be postponed for a later date, to be decided.  Ultimately this was the best scenario for safety reasons.  Thursday WMATA, which runs Metro, announced that bus and train service would be cancelled all day Saturday and Sunday because of the impending storm for the first time in its 40 year history.  There were reports of as many as 170 accidents in Virginia alone, and local municipalities are certainly hopeful that this announcement will help to limit the number of drivers on the road this weekend.

Because the Jazz are two timezones away and half the season is already complete, reschedule dates may be hard to come by as noted by Jazz radio voice David Locke. 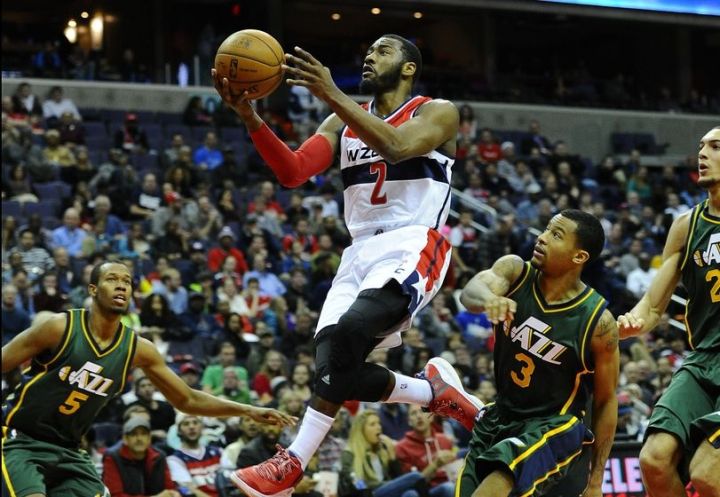 Utah only has one more east coast trip left on their schedule, in late February, and the small window of the trip, which falls during a five games in seven days stretch for the Wizards, means that the new date will probably be later in the season.  If Washington does have to play back-to-back-to-back this would obviously be an unfortunate outcome for a game that originally provided two days rest against a team coming off zero days rest.  Playing three days in a row probably happens in the NBA zero to two times a year, always because of postponements.  The league is already looking to limit back-to-backs, so they will undoubtedly look at all possible alternate solutions.

Also, because the NBA schedule is set during the summer, NBA arenas schedule concerts, college games, and other large events when the home team is on the road.  Therefore, rescheduling the game isn’t simply a matter of finding two days when the teams don’t play.  Another possibility is playing the game in Utah if Verizon Center is too crowded because of events.  In either scenario it will be another small hurdle in the season, but with the way the team has been playing maybe another road game isn’t too bad, along with allowing the team to get healthier.

We’ll keep you updated with any additional changes as they arrive.

Assuming everything is back to normal by Monday, the Wizards will host the Celtics once again, looking to avoid a four game sweep.  The Celtics, interestingly enough, will have their game against Philadelphia, originally scheduled for Saturday, moved to Sunday, meaning that Monday’s game will be a back-to-back, while Washington will be coming off of four days rest.  I’ll assume that we have a plan in place for players to practice and stay active.

Personally, this is a convenient outcome as Wizards fans in New Orleans won’t have to feel bad about missing the game to attend the first large Mardi Gras parade on Saturday, XXX-rated Krewe du Vieux