As you probably know by now, the NBA elected to take the 2017 NBA All-Star game away from Charlotte because of North Carolina’s controversial House Bill 2, which limits anti-discrimination protections for lesbian, gay, bisexual and transgender people in the state, back on July 21st.   But I’m not here to talk about what removing the game from Charlotte means for the league and sports in general.  Rather, I will look ahead to see what it means for the fans, players, and locals, as the NBA has officially decided to move the game, scheduled for February 19, 2017, to the Big Easy.

This decision isn’t shocking, as sources have penciled New Orleans as the likely replacement city as soon as it was announced it was not going to be played in Charlotte.

And the speculation only grew stronger a couple weeks later.

After moving the 2017 All-Star game from Charlotte, the NBA nears deal with New Orleans. https://t.co/BaaczWzjA7 pic.twitter.com/wlCH5Mh06r

A variety of potential issues led to the league choosing New Orleans.  First, because of the timing of the decision, the league wanted to choose a city that they trust can host it given such short notice.  New Orleans has hosted more Super Bowls than any other city (10), five men’s final fours, and two NBA All-Star games in the last 8 years, 2008 and 2014.  The NBA traditionally prefers having host cities have a certain minimum amount of hotel rooms, an easily accessible entertainment district/convention center, and an arena that is close to those two.  New Orleans certainly fits that criteria, with the arena and convention center downtown, and both within a mile of the ever tourist popular French Quarter.

People will undoubtedly be upset that New Orleans will end up having 3 NBA All-Star games in 9 years, but ever since Hurricane Katrina the league has made a renowned effort to support the New Orleans area, starting with making sure the then Hornets returned to New Orleans after two years in Oklahoma City, and by awarding the 2008 ASG to the city.  When the team was in need of a new owner, the league purchased the team in December 2010, to ensure that the team was sold to an owner that would keep it in New Orleans.  But in this instance it really helped New Orleans that the city is used to throwing large-scale events annually (more about Mardi Gras later), and could put together an event with no hiccups.  The last thing the league wants is to move the biggest spectacle of the sport to a city, and have things go wrong.  That would lead to discussion on whether the decision was correct, and put the NBA at fault with sponsors for any decrease in expected revenue.  New Orleans has shown in recent history that it knows how to host the All-Star game, and the players won’t be upset at all to return to a warm weather city that also knows how to celebrate.  There’s a reason the city was chosen as North America’s Leading Sports Tourism Destination in 2013, and has been nominated every year since.  Mark Romig, President and CEO of New Orleans Tourism Marketing Corporation, said it best when interviewed for a press release on the award.  “New Orleans provides the complete visitor package to sports enthusiasts from around the globe.  From thousands of hotels rooms to hundreds of restaurants and music venues and eye-popping museums and attractions within an easy stroll to the sports district, New Orleans is the ideal venue for any sporting event.”

The All-Star game is the NBA’s biggest spectacle.  Like the Super Bowl, it switches cities every year, attracts some of the countries biggest celebrities and athletes, and encapsulates an entire weekend in the host city.  In what would otherwise be another cold dreary weekend in February, two weeks after the Super Bowl, the NBA comes to town with a host of events including a Fan Jam party set up at the convention center, community service, huge parties hosted by players, and more, culminating with a celebrity basketball game, the Dunk Contest and Three Point Shootout, and the East vs. West All-Star game.

This year, Friday, Saturday, and Sunday will have many more parades for visitors to check out, including both day and night Krewes.  The Krewe Of Cleopatra will roll on Friday night, and the Krewe of Pygmalion, and Krewe of Chebbaccus will roll on Saturday night, while Sunday brings the ever-increasingly popular Krewe of Barkus.

In total, 15 parades roll the weekend of the ASG, not counting the many outside of the actual New Orleans border.  Additionally, because it falls the week before the big events of Mardi Gras, those with plenty of vacation time, and wonderful bosses, can stay 7-10 days and see the All-Star game and the majority of America’s biggest party.

The fans are the moneymakers for the league, so most of the reasons the league chose New Orleans, fits directly into the fans’ interests.  Yes, people will travel anywhere to attend the ASG, but that doesn’t mean the experience wouldn’t be better in certain cities.  So I’ll list off just a few qualities that makes NOLA a great place to visit anytime of year, especially February.

With the NBA season lasting from training camp in September, to the end of the regular season in April, and the Finals ending in June, players have direct responsibilities to their teams for anywhere from 8 to 10 months.  The All-Star break, nestled about 50 games into the 82 game season is an unofficial halfway point, and gives most players a time to get away, return home, or spend time off the court with their opponents.  In 2014, LeBron James among many other players increased the talk of increasing the All-Star game break from its previous four-day vacation, and Commissioner Adam Silver obliged.  Now teams go eight or nine days between games, and those participating in All-Star weekend get a chance to take a much needed break after the festivities of the weekend finish up.

So what do the players look forward to? Much of the same things that young rich men always do.  Fancy parties, strip clubs, cities that stay up late, and a city that accepts those “sinful” activities.  Talking to people in New Orleans during the All-Star game in 2014, it’s great to hear about players walking up and down Bourbon St, fancy restaurants in the French Quarter covering their windows with black paper, and who knows what going on behind those covers.  So while fans in Oklahoma City and Milwaukee might be clamoring for the All-Star game in the near future, the players aren’t clamoring for that day to come.

For John Wall, this probably is a decision he’s disappointed with, and understandably.  Being from Raleigh, NC, John has used Charlotte as his hometown game since entering the NBA, and playing in the same division as the Hornets, he gets to play in Charlotte twice a year.  The last few years it’s been evident his love for the area, with his AAU team, Team Wall, taking up a substantial number of seats in the lower bowl.

RP: "By @johnwall via @RepostWhiz app: S/o to @teamwallaau for coming to #Charlotte today! First they visited The Harvey B. Gantt Center for African-American Arts + Culture! I'm glad they were able to learn about the various exhibits in honor of #BlackHistoryMonth. Then they came to the #WizHornets game. Thanks to @NewEraCap for the Wiz Snapbacks for the my guys!" #BHM #JWFF #NewEraCap #WallWay

I’m sure Wall would love to host a lot of events in Charlotte during the All-Star game, including parties, camps, and community service projects, but he’ll have to wait.  Adam Silver has said that he’d love to bring the All-Star game to Charlotte in 2019, so hopefully Wall has a chance to fulfill what seems like it would be a lifelong dream.

So yeah, sorry if your city didn’t get gifted this All-Star game after this recent change, but sleep well knowing that it will be a successful, enjoying event and spectacle, in one of the best party cities in the world.  I’d recommend anyone who can, make the trip, as I don’t think the NBA will be coming back too soon, for a variety of reasons.  As mentioned this is the third ASG in the last nine years, and the committee seems committed to taking the game to a larger array of cities, and gifting the game to cities that build new arenas.  If anyone decides they’d still prefer to not join in on the fun, but feels especially giving, feel free to start a GoFundMe so that the founders of this very blog can drive down the block and make a trip to the big game. 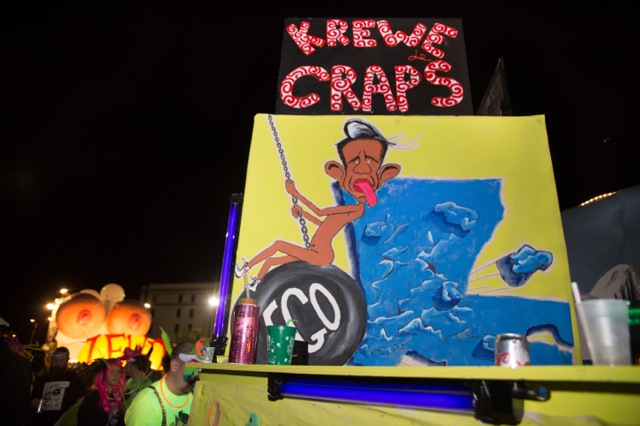