After a three games in three nights stretch, Washington heads into week 18, which features 3 games in 4 nights, and 5 games in 7 stretching over to next week.  The Wizards came out of the tough post All-Star break with a positive 2-1 record against potential playoff teams, and managed to win both games at home, a place they had been struggling in particular.  In past seasons, this ineptitude may have been salvageable, but this year it appears the 8th seeded team in the East will finish around or above .500.  Sitting at 25-29, Washington will need to finish 16-12 in its last 28 games to finish 41-41.

Besides the schedule, the week was defined by the trade deadline deal for PF Markieff Morris from the Phoenix Suns.  Morris has said the right things after his turbulent season in Phoenix, and looks to eventually move into a prominent role with the team, potentially as a starter.

Morris’ season didn’t start his season off well because of the trade of his brother Marcus and the developing legal case against him, and hit a speed bump mid-season after he fought with his coach and a teammate.  He also didn’t end his time with the Suns great, “stumbling” out the door, hopping off his hoverboard before an actual speed bump.

Markieff Morris is active for the Wizards. Here’s how he left the Suns (via @MarkMcClune) https://t.co/arJvIX75um pic.twitter.com/Qm5dR3IrGe

With Markieff’s iffy hoverboard riding skills, we take a look at some other hoverboard mishaps. 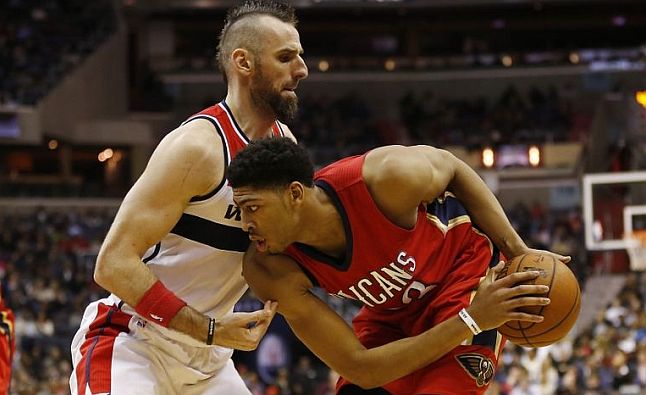 Tuesday, the Wizards look to avenge their December 11th loss to the New Orleans Pelicans.  New Orleans, along with Houston, is one of the only teams more disappointing than Washington this season.  After managing 45 wins last season and grabbing the 8th season from Oklahoma City, the Pelicans currently sit in 11th place in the Western Conference, 5.5 games out of 8th, with only 27 games to play.

The first meeting between the two was a nail-biting two point loss for Washington, and one that yours truly had to witness in person.  This game had a lot of different qualities from Tuesday’s matchup.  Bradley Beal was missing his first of 16 straight games after the medical staff noticed the beginnings of a stress reaction in his troublesome right leg.  The Wizards also played without Nene who was dealing with his lingering calf strain.  For the Pelicans, Tyreke Evans led them in scoring with 27 points, and 5-6 shooting from 3.  Evans is out for the season after recent knee surgery.  Starting shooting guard Eric Gordon will also miss Tuesday’s game after dislocating his finger in January.

Without those two the burden has fallen on Jrue Holiday and Anthony Davis, and they have responded well.  In his last 10 games Holiday is averaging 19.6 points and 7.4 assists in 30 minutes, still coming off the bench because of his minutes limit.  Davis has been otherworldly in his last two games, with 34 points on Friday, and 59 points and 20 rebounds on Sunday.

The Wizards are looking to have their first game of this season with all players available to play.  That depth will go a far way in keeping players fresh down the stretch, and putting out the best possible lineups each day. 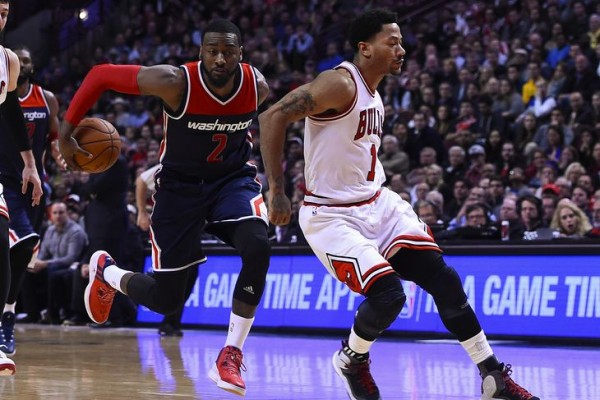 Another game, another back to back.  Washington heads to the Windy City for game two of three in the season series.  The Wizards are also facing another team riddled with injuries.  Similar to New Orleans, Chicago is missing two starters in All-Star Jimmy Butler and center Joakim Noah.  Butler is on pace to miss 2-3 more weeks with a sprained knee, while Noah has possibly played his last minutes in a Bulls uniform after season ending surgery on a dislocated left shoulder.  Bench man and rookie of the year runner up, Nikola Mirotic, is also sidelined after complications from a recent appendectomy.  Just as Washington gets healthier, the team currently occupying the East’s 8th seed is ravaged by injuries and has won just 3 of its last 10 games, including two straight.  Washington needs to take care of this stretch to position itself squarely in the playoff race when the last 20 games come around.

Some of the players who have stepped up in Butler, Noah, and Mirotic’s absence are rookie PF Bobby Portis, and guard E’Twaun Moore.  Along with Pau Gasol, Taj Gibson, Derrick Rose, and Mike Dunleavy, the Bulls have been formidable, but usually short on necessary fire power.  The Wizards have been able to beat the Bulls in the past with a fast pace, and that will be key this go around as well.

Part of the reason the Wizards have the “easiest” remaining schedule is their 3 upcoming matchups with the last place 76ers.  Washington heads to Philly on Friday, and will host them the next Monday, giving the Wizards a real chance to get to .500 in the next two weeks.  Philly is 2-8 in its last 10 games, with the two wins coming against Phoenix and Brooklyn two of the worst five teams in the league.  I’m not going to discuss this game in too much detail because there really is no reason the Wizards should even come close to losing.  They’ll have a quick turnaround with Sunday’s game starting at 1 ET, so the team should look to play solidly and get the stars some rest.

Okafor had his first 30 point game on Sunday.  Check the highlights below. 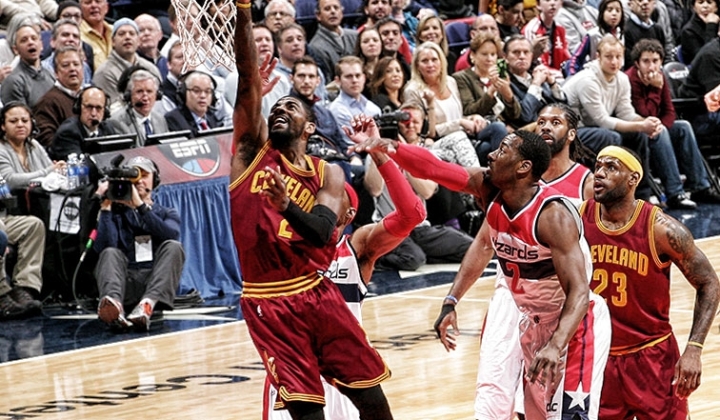 Sunday will be the true test and marquee matchup of the week.  42 hours after the matchup in Philly, Washington will host Cleveland for the last time of the season.  This will be the third meeting of the season with the last coming 5 days later in Cleveland.  Last time around the Wiz lost 121-115 at Verizon as King James had 34 points and 10 rebounds, and a stretch in the third quarter where he hit 4 of 5 three pointers.

Point guard Kyrie Irving had 32 points, including 21 in the fourth.  Those 21 points included 10 straight when a Ramon Sessions layup tied the game.  Irving was back to his normal self in only his 5th game of the season, treating the Wizards crowd to a dazzling dribbling and layup exhibition.

Allowing Irving and James to go bonkers would prove tough in most matchups, but in a game where Washington held Kevin Love to 8 points, the Wizards wasted a great opportunity by also allowing JR Smith to score 25 points with 5 three pointers.

This was another game where the Wiz missed the offensive firepower of Bradley Beal, although Garrett Temple filled in nicely with 21 points.  John Wall had 20 points, and was 4-4 from three, although 8 of those 20 came at the end of the game as it was out of reach.

Kyrie Irving played only 9 minutes in last Sunday’s marquee matchup against the Thunder in Oklahoma City because of a sickness originating from bedbug bites.  DC area hotels may follow suit.

Kyrie Irving: "Just imagine how freaked out you’d be if you saw friggin 5, big ass bed bugs just sitting on your pillow. I woke up itching."