The NBA Eastern Conference is ruled by King James, who resides on his throne in Cleveland, ready to fend off the occasional challenger. Any preview of the East must start with him. James has won the Eastern Conference finals for five straight years, the first player since Bill Russell and his Celtics with five straight finals appearances (1). Out of those five tries, Lebron has won twice, both with teammates Dwyane Wade and Chris Bosh. His new wingmen, Kyrie Irving and Kevin Love, had to sit out their first finals due to injury. Lebron, with his city on his shoulders, averaged 35.8pts/13.3rbs/8.8ast in his six game loss to the Warriors.

Lebron did not win MVP either of the last two seasons, which has led to people wondering which players may be next in line to rule (2). David Blatt is talking about monitoring Lebron’s minutes this year (3) and he just averaged his fewest points per game since his rookie season. But Lebron James is not done. He is competing against the legends that rest in the Hall of Fame as much as he is any current player, and he still hasn’t brought a championship to Cleveland yet. This is why the Cavs are currently Vegas favorites over the field to win the conference, and why they start at the top of all Eastern Conference projections. 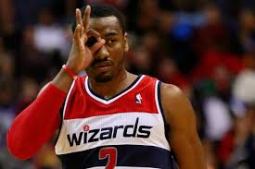 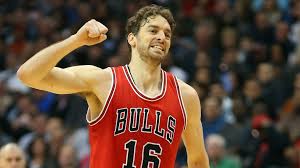 The group of teams expected to fight for the 2-4 seeds includes Atlanta, Chicago, Washington, Miami, and Toronto. All of these teams except Miami have made the playoffs the last two years, and they all have high hopes for this season—to go along with high stakes. Atlanta won 60 games last year; Chicago won 50 without reaching its potential; Washington’s made the second round for consecutive years; Toronto’s set a franchise record for regular season wins in consecutive years; Miami is trotting out three starters that have been All-NBA selections.

All these teams also have major question marks. Atlanta lost Demarre Carroll and got swept out of the playoffs. Chicago’s two best big men are centers, and Derrick Rose has more baggage than an airport lost and found. Washington is Washington.  Toronto has the least talent in this group and fell off a cliff the end of last season. Miami, meanwhile, was bad last year, and nobody knows how its five starters will mesh. I expect Atlanta, Washington, and Chicago to fight it out for the 2 seed. 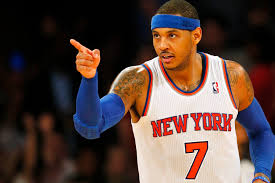 The next group includes teams that are not guaranteed to make the playoffs, but are playoff hopefuls. Milwaukee, Indiana, Boston, Detroit, Charlotte, and New York all believe they improved their team over the summer, and have a chance to make the playoffs.

Milwaukee will be adding Greg Monroe and a healthy Jabari Parker to their core, but they still have MCW as their point guard.

Indiana could actually be pretty cool featuring a teamed-up Paul George and Monte Ellis, but they have a simply terrible big man rotation.

Boston has a lot of good vibes going on after making the playoffs last year and keeping a level head while “rebuilding”, but it’s hard to say who their best players are and what their new identity will be.

Detroit has Andre Drummond, who is special, and Stan Van Gundy, who is also special, but the rest of the team is uninspiring.

Charlotte is happy to welcome Nic Batum as their new second best player, but is possibly the worst team at using lottery picks in the league.

Finally New York has a top five player in the conference in Melo, but a bad supporting cast and a bottom five coach in the league.

From this group expect Melo, Andre Drummond, and Paul George to have big years.

Orlando and Brooklyn probably do think their teams can make the playoffs—this is the Eastern Conference after all—but personally I don’t really see it. Brooklyn has three pretty decent players in Brook Lopez, Joe Johnson, and Thad Young, but the departure of Deron Williams leaves them with the worst point guard rotation in the league. The Nets have made the playoffs each of the last three years, but expect the wheels to come off in the near future with an absent owner (4), a lack of draft picks (the Celitcs own the Nets pick in 2016 and 2018 and have swap rights in 2017) (5), and a bad looking salary sheet. The Nets are paying $44 million for Johnson and Lopez this season, and they are still paying Deron Williams $5 million. To top things off, the Brooklyn bench does not feature a lot of proven names, NBA veterans, or intriguing prospects.

Orlando, meanwhile, is banking on the improvement of its young talent. But so many young players playing such big minutes does not usually bode well for a team. The Magic brought in veteran coach Scott Skiles (regular season: 443-433, playoffs: 18-24) to help provide some professionalism and some defense, but if Skiles gives minutes to every developing player on the roster, this team will not be in the playoffs. Mario Hezonja, Aaron Gordon, and Elfrid Payton will all need minutes this season. This means things will remain interesting and it will be fun to watch these players grow, but the team will not be especially good.

Philadelphia gets its own category just like Cleveland did. The Sixers have yet to land a generational player to end their rebuilding process.  They have, however, stored up a nice collection of assets. Nerlens Noel averaged 1.8 steals and 1.9 blocks per game last year, and Robert Covington was 10th in the league in made threes. This year they add Jahlil Okafor and Nik Stauskas. Next season they could add Dario Saric, Joel Embiid, the lottery pick that this season’s tanking produces, another lottery pick from the Lakers if LA doesn’t finish in the bottom 3, and first round picks from Miami (1-10 protected) and OKC (1-15 protected). This year should be more watchable than the previous two, but the 76ers are still definitely going to suck.